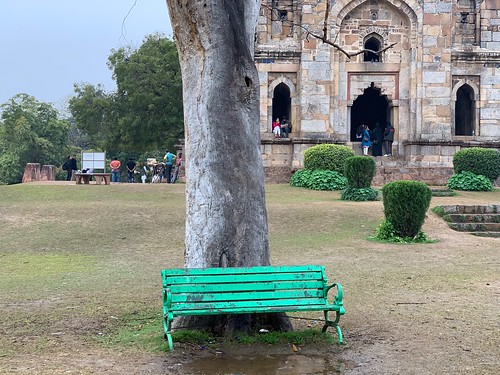 The green coloured bench across the Bada Gumbad in Lodhi Gardens would (again) be missing the morning 6 am annual celebrations of December 28. For many years the nattily dressed Arun Jaitley, in his golf cap and jacket, would celebrate his birthday with his Lodhi Garden morning-walk friends. A big foodie Arun Jaitley, would celebrate the occasion with his cakes, pakoras, tea and assorted goodies. 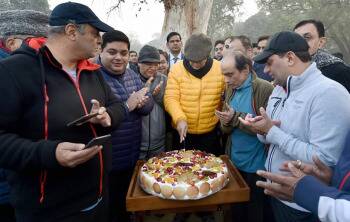 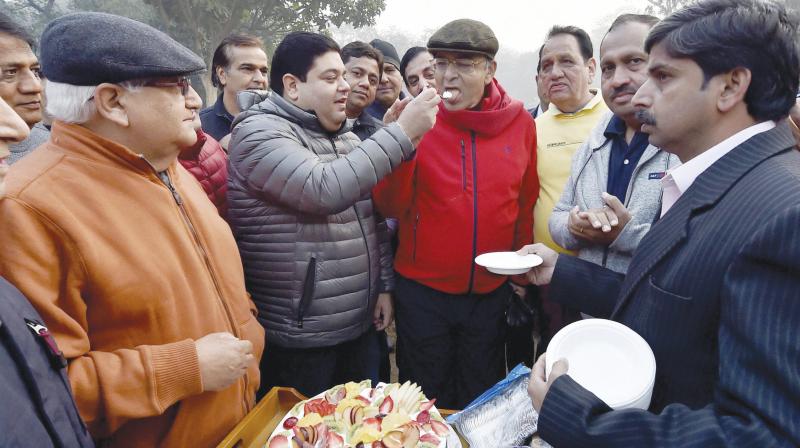 Remembering the versatile leader on his 2nd death anniversary

It’s been 2 years! Sometimes I feel your loss will never sink in, but at those moments I remember something & feel happy again. I remember that through your love, wisdom, resolve & dreams – your presence will live on within me! : Sonali Jaitley Bakhshi, Lawyer and daughter of former Union Minister, Arun Jaitley tweeted this on the 2nd death anniversary of her father. 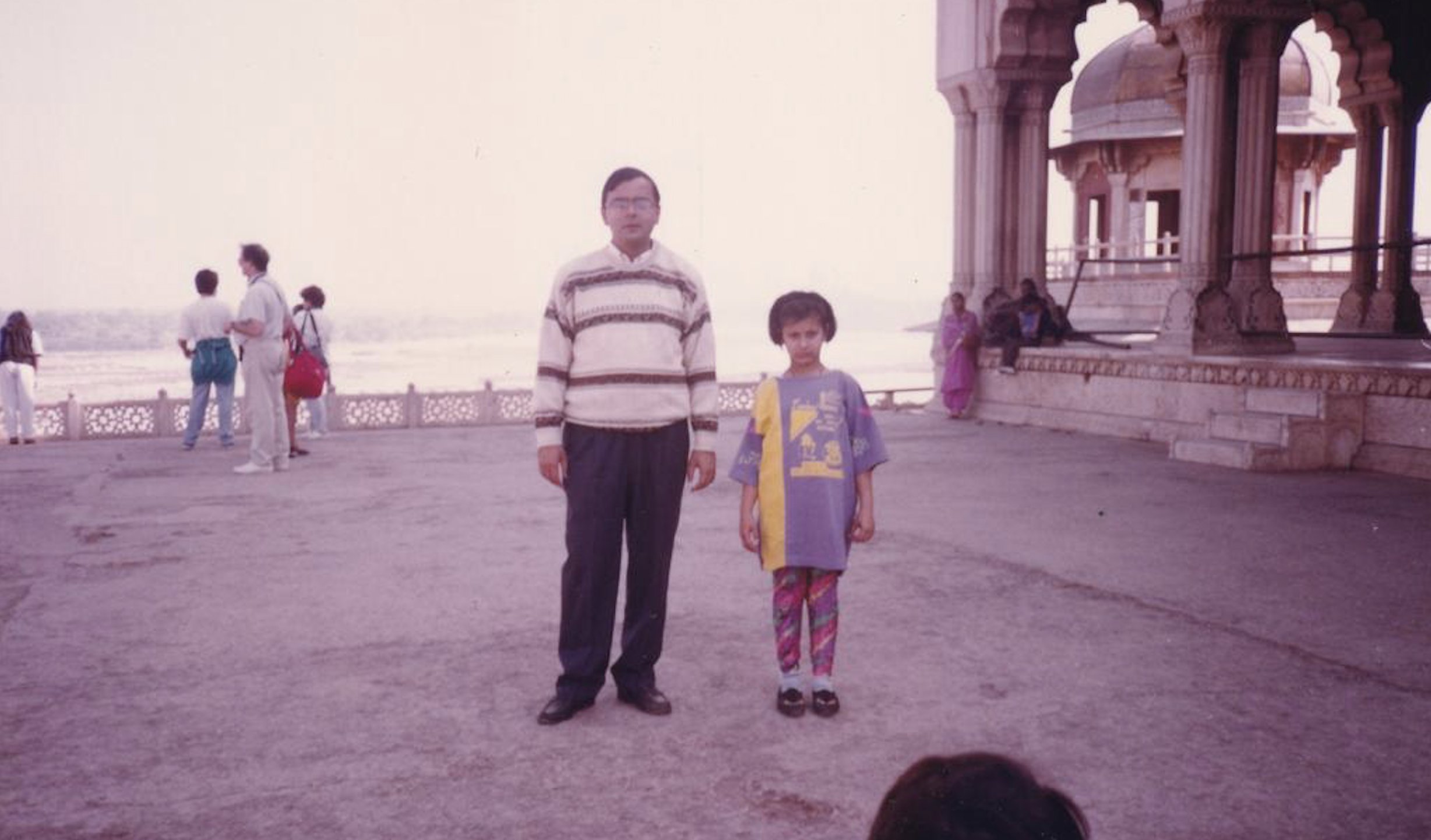 Politics excited and enthused Arun Jaitley the most. The Delhi University graduate, late Arun Jaitley started his political career very early in his life as a student leader of ABVP. 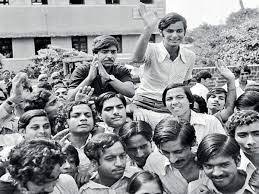 Protesting against the Emergency imposed by the Indira Gandhi government, the young Arun Jaitley was also put under preventive detention for 19 months. Despite being an active politician since 1980, he had never contested direct elections till 2014, when he unsuccessfully contested from Amritsar loosing to Captain Amarinder Singh. (Quoting from a memoir by Abhishek Singhvi): “His heart was always in politics. Law was only something he did as a profession, for his upkeep, for pursuing causes, public or private, for the camaraderie, for the width of opportunities it provided and, above all, for its inherent connect with public life”.

The sharp-tongued and temperamental Arun Jaitley, the man for all seasons had the mastery of the political system and a deep understanding of complex legal and constitutional issues. It was considered that the astute strategist played a key role in bringing Narendra Modi at the national scene and was Modi’s go-to advisor. From handling Modi’s legal cases of the 2002 Gujarat riots to working on his political strategy in state polls to recommending him for the PM candidate, Jaitley played a key role. As the finance minister in the Modi government, he brought several key economic initiatives like Goods and Services Tax (GST), merger of the railway budget with the general Budget, introduction of the Insolvency and Bankruptcy Code and of-course the controversial demonetisation. 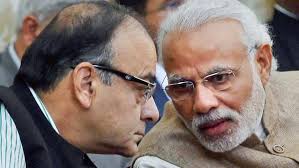 In public life it is important to be patient, not disheartened or dissolution and to keep your foot in.  Jaitley has influenced many lives with his charismatic personality and curious mind and an uncanny ability to connect with people from across parties and background. 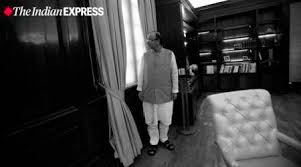 Considered to have the perfect blend of the sharp legal brain and humility Jaitley was an institution in himself and earned not only respect but more. Quoting from a (24th August, 2019) memoir by Paroma Roy Chowdhury – Chief Communications Officer, Dream Sports (Dream11) and visiting faculty, Shiv Nadar University : I never knew Arun Jaitley personally. But I did meet him a couple of times in the course of work. What always struck me was how courteous and gentlemanly he was. Once I had escorted SoftBank Chairman Masayoshi Son to the top table at a government function, where Mr. Jaitley was already seated as the Chief Guest. There was only one vacant chair meant for Masa. Mr. Jaitley immediately stood up and gestured towards me to take his chair. Highly …embarrassed, I refused , only to hear, ” Well, I can’t leave a lady standing, while I sit. I would always remember him as a gentleman, who stood up for an ordinary woman, when he absolutely didn’t have to. 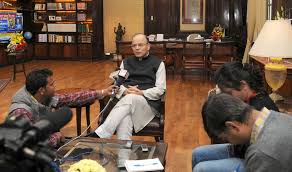 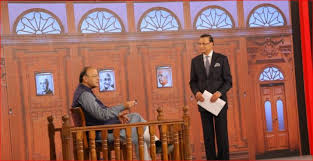 To his last day, Jaitley counted Sharma – now a media star – as one of his closest Friend, guardian and guide. https://rajatsharma.in/arun-jaitley-my-friend-guardian-and-guide/ 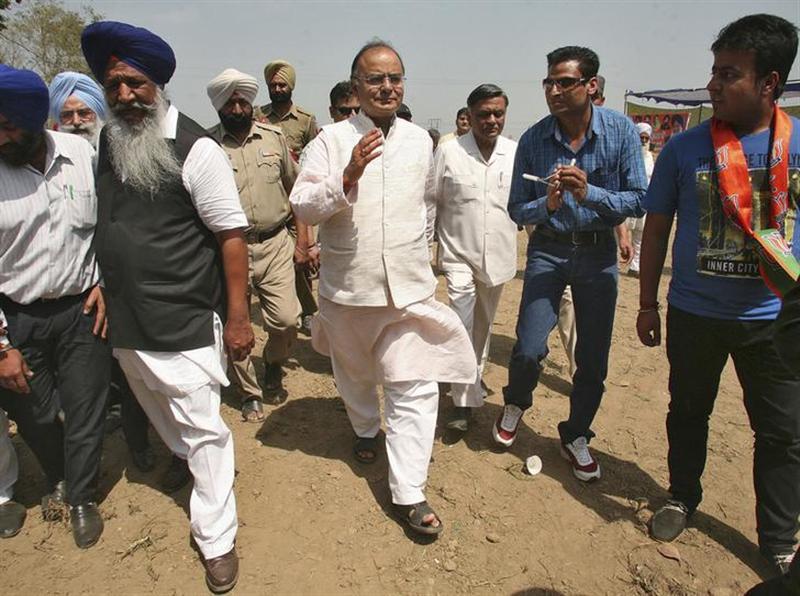 Quoting from a memoir of Shweta Punj: From the young to the old, from journalists to cricketers, from Bollywood actors to politicos– everyone has a story to share about Arun Jaitley. He was among the few of his generation of leaders who was loved and revered in equal measure. I learnt how individuals can become so much larger than life by their sheer ability to connect with people across all walks of life. relationships can be built and nurtured across ideological, political or any other barrier–you can be friends even if you disagree with each other. Foresight and vision are built through life experiences and no one is too big or small to learn from. Shweta Punj is a policy wonk and has spent the last 17 years reporting on policy, business, the economy in India and the United States.

Arun Jaitley was acknowledged as the ultimate backroom strategist who had Friends Across Parties.  The passage of the controversial GST was just one of the examples where many got a glimpse of Arun Jaitley as the master strategist and reconciler silently worked behind the scenes to build a political consensus. From meeting leaders of the key regional parties to business chambers, to Opposition parties to build consensus and ensure full acceptance by all the parties involved, it was Arun Jaitley all the way. There is a reason why in 34 meetings of the GST Council, it was said there was never been a vote, which by any measure is a tough standard to breach and the consensus-building talents to ensure full acceptance by all the parties involved negotiating power of Jaitley played a critical role. 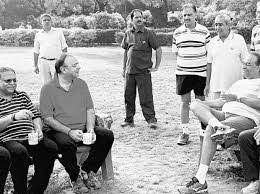 On his first death anniversary, daughter & lawyer Sonali Jaitley had penned  tribute to the publicly unknown facets of her father and stated Dad was not a career politician — he was first a brilliant lawyer. His secretary once asked him why he entered politics when he could’ve raked in millions through his practice. He just smiled and said: ‘Law is my profession, Politics is my passion!’

“Foodotes” is a better word than anecdotes as far as Arun and food are concerned. Mutual friends recount how he spent three hours searching for Saravana Bhawan/ South Indian food in Vancouver. He was one of the few who would be specific about planning the items for next day’s lunch at the previous day’s breakfast. 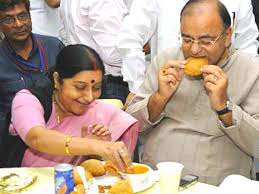 His old friends remember how once he left a famous Indian-food Michelin-rated restaurant in New York because he was unable to find “Nimbu Achar” and “Hari Mirch” or how he (Arun) travelled to and fro over 5 hours from Zurich to Lausanne and back to pick up Indian food from a Sardarji, very highly regarded for his tasty home-cooked delicacies in Lausanne . Journalists recall his meetings where the Chole Bhatura from Amritsar  and Paharganj were discussed with same respect as global economy and Gopala’s Rasgulla for his friend Nitish Kumar, Bihar CM.

(all image courtesy Google Search and the media publications)