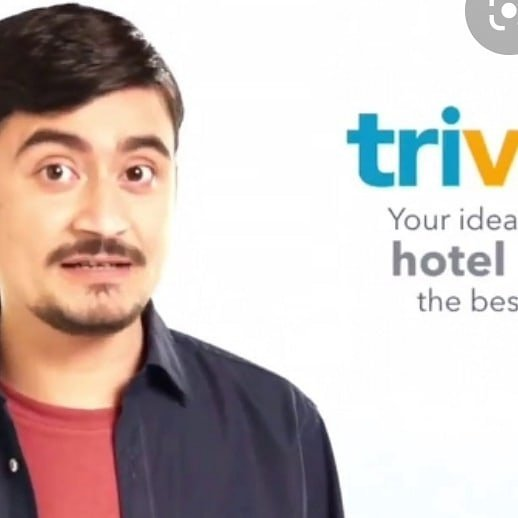 Remember the Trivago ad. Well anyone watching TV in 2018 or going online could not miss the super bombarded- Trivago ad, which as per the BARC data was one of the top 10 most advertised brands on television. The ad not only made Trivago one of the highest recall brand, but also made the character of the ‘Trivago guy’ a well-known face to viewers. The character was Abhinav Kumar, the company’s country development head (India) who lived in Dusseldorf, Germany, and spent a significant part of the last decade in Europe.

Much before the Covid-19 pandemic hit us, I had a chance to host Abhinav Kumar the Trivago ad guy. A fellow Bihari, Abhinav did his schooling from Ranchi and MBA from The University of Trento. The soft spoken Abhinav is a super fun guy and now has joined PayTm as VP Marketing.

UGR researchers from the Mind, Brain and Behaviour Research Centre (CIMCYC) have established that individuals who frequently use self-deprecating humour aimed at gaining the approval of others through self-mockery exhibit higher levels of psychological well-being. When asked about the ads and how did he feel being the centre of countless jokes and memes because of his ‘un-model’ like ‘not so Television friendly’ looks and the peculiar voice (relating to the telemarketing channels), Abhinav had just smiled and said that while he was not the first choice to feature in the ad – but during a brainstorming session with the marketing manager he was asked to give a try.

The focus group results featuring him gave much better results than any other model and rest is history. Its been proven in some study that making fun of yourself makes you look even cooler if you’re already high-status. As per the findings on study by researchers from the University of Granada in Spain on different types of humor – Contrary to popular belief, they say, those who make self-deprecating jokes are, in fact, happier and better socially adjusted than most people.

The Trivago ad was so (annoyingly) popular that many other brands ambushed and created spoof or pushed their products/services with similar ads. Even Abhinav started creating and sharing memes about himself, on his social media handles.

Kumar now as VP Marketing of Paytm also featured in a Paytm’s campaign where he promotes the QR code of Paytm and also gives the hint of a new TVC by Paytm.