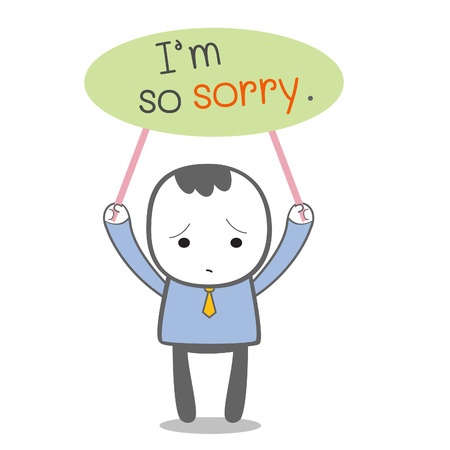 First the act of scolding went viral and then the apology. Lisa Alexander, the CEO of San Francisco-based skincare company LAFACE apologized after a viral video caught her scolding a man for stenciling “Black Lives Matter” on his own property. In a statement earlier this month (June) which was made public, Lisa Alexander apologized saying,  “The last 48 hours has taught me that my actions were those of someone who is not aware of the damage caused by being ignorant and naive to racial inequalities. When I watch the video I am shocked and sad that I behaved the way I did. It was disrespectful to Mr. Juanillo and I am deeply sorry for that.“

Faced with a public outcry over the security lapses of the video platform Zoom, the CEO, Eric Yuan, apologized to users and touted the company’s recent privacy updates and pledged to take any lapses seriously. Coming upfront Eric said “Clearly we have a lot of work to do to ensure the security of all these new consumer use cases…But what I can promise you is that we take these issues very, very seriously. We’re looking into each and every one of them. If we find an issue, we’ll acknowledge it and we’ll fix it.”

This was similar to the Facebook chairman and CEO Mark Zuckerberg’s apology in April 2018 at the time of hearings related to data privacy. “We didn’t take a broad enough view of our responsibility, and that was a big mistake. It was my mistake, and I’m sorry,” Zuckerberg had said.

Earlier this month (June), Volkswagen Group CEO Herbert Diess apologized to the company’s supervisory board for having made “inappropriate and wrong” statements at an internal event.

Last month, the LG Group chairman Koo Gwang-mo made a public apology after two (separate) fatal accidents in the LG Chem facilities, killed 12 people dead in India after a gas leak, and 1 researcher killed in Seoul after a fire break.

Back home in India, in 2019, Subhash Chandra, Chairman, Zee and Essel Group, in an open letter to lenders, had pointed out his mistakes that led the organisation into financial turmoil and subject to investigations. The (emotional) outpouring and apology from the head of the Zee group admitted that he has “not lived up to ..expectations”

A January 2019 study titled, Financial Services Reputation Index (FSRI) India Report’ by Pitchfork Partners, and MHP, an international communication consultancy highlights that an overwhelming majority in India showed trust in the banking and financial services sector while flagging off data security, honesty and transparency as the top 3 stakeholders concerns.

In the digitally-connected age, corporations have the challenge to be alert and proactive to cut through the noise with credibility and stand out in the crowd to be seen as authentic and trustworthy. According to the 2018 Edelman Trust Barometer (survey covering more than 33,000 individuals across 28 countries) while the credibility of CEOs have increased by 7% to 44%, with 64% of survey respondents indicating that CEOs should take the lead on change the CEOs are still ranked the fourth least credible spokesperson.

The stakeholders today want to see a proactive role and a broader view of responsibility from the leadership team taking onus and also bringing in certainty, reassurance and confidence. Without being emotional or blaming others (negative forces) the leadership team need to highlight not only what they are doing to find the cause of the issue but also the immediate steps being taken to  fix it with checks and balances.

Every organisation, no matter how large or small, ultimately depends on its reputation for survival and success. The proverb silence is golden is not necessary true in today’s hyper-connected world where digital and social media can make or break reputation within seconds. It’s about timing – the agility and response time – so you are seen as a transparent organization that is ready to take on whatever comes your way, instantly.

In the recent past few years, we have witnessed some of the most iconic consumer brands like Nestle’s Maggi, Johnson & Johnson, Indigo airlines, Zomato coming under major attack for their late’ response which may have been better managed by being proactive. The assurances to stakeholders could have been better if credible and timely content was shared by these brands to reassure their large number of stakeholders about product quality and safety.

Interestingly, Public Relations firm Weber Shandwick’s recent CEO Activism research found a positive impact on reputation when CEOs take a stand on issues, but only a quarter think CEOs are ready to respond when they are under pressure to speak out.

Also the reputation built over the years matter to overcome potential crisis, like the Tata Group which has always been value-driven providing a long-term stakeholder value creation based on leadership with trust. During the years, the group faced a lot of communication challenges but has managed to overcome most because of strong reputation built over the long-run and timely communication from the leadership team.

Anup Sharma (@TweetsAnup)
The author is a StoryTeller with two decades of experience in Public Relations and Corporate Communications. He is also the Senior Director at Public Relations Consultants Association of India