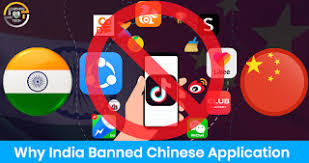 As the world unitedly fight the Covid-19 pandemic, there are other “fights” going on across the world.

The India and China political relationship are at a high with clashes at the LAC in Ladakh region. Amid the deepening tensions, the Indian Government announced a ban on 106 Chinese Apps, in what some media termed as India’s digital strike on Chinareported whats all of them Chinese-owned, including the hugely popular TikTok.

Incidently Chinese companies have been facing similar ban and sanctions in other parts of the world including the United States.

From Ban to Boycott to Protest, the world has seen many such events which have brought about major changes in the fabric of the society.

More than 90 major corporates including Microsoft, Starbucks, Ford, Honda, Coca-Cola, Conagra have joined hands to pull advertising from Facebook, as part of the ‘Stop Hate for Profit’ campaign. This comes on the growing concern over Facebook’s inability to properly rein in hate speech and disinformation being shared on the platform. Probably this is the first time so many advertisers have joined hand for such a cause.

In 1977 India got a new government after 21 months of “the Emergency“, and Morarji Desai became India’s first non-Congress prime minister.  The new government had new plans and new policies. They introduced a policy requiring all multinational companies (MNC) to have a local Indian partner. Coca-Cola, one of the biggest MNC refused to have an Indian partner to avoid sharing their secret recipe, and instead chose to “quit” the country. The exit led to a looming danger of unemployment for the Indian employees of Coca-Cola and to avoid any backlash, the Janta Party government decided to come up with its own Swadeshi enterprise. Exit Coca-Cola enter a swadeshi brand — Double Seven, taking its name from 1977, the year India got its first non-Congress prime minister.

In 1988, India was the first country to ban the Salman Rushdie’s novel The Satanic Verses amidst concerns by the Muslims community who had accused Rushdie of blasphemy. Published on September 25, 1988, the novel was banned in India within 9 days of its release in the United Kingdom, and the ban prohibited import of the book into the country under the Customs Act of 1962. Following India, various other counties like including Saudi Arabia, Venezuela, Pakistan, South Africa also banned the book.

Sporting events have also seen a lot of political action to express concern or in raising an issue. In a support for the ongoing #BlackLivesMatter movement, after the high profile killings of several African-Americans, team members of the New Orleans Pelicans and the Utah Jazz made a symbolic kneeling prior to the first NBA game in the restarted season amidst the Covid19 pandemic.

Cricket has also been a prominent instrument of state policy for the India – Pakistan relationship. In 2019, the Board of Control for Cricket in India (BCCI) petitioned a request to issue a ban against the Pakistan Cricket Board   for 2019 Cricket World Cup as Pakistan was a “states harboring terror”.

Over the years as a sign of protest, the Olympics have been boycotted on various occasions. The United States boycotted the 1980 Moscow Olympics in protest of the Soviet invasion of Afghanistan. In response  the Soviet Union boycotted the 1984 Los Angeles Olympic Games, citing concerns over the safety of their athletes in what they called an anti-communist environment.