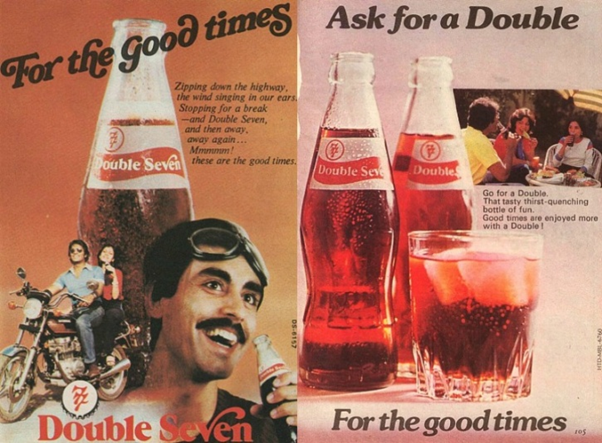 “What’s in a name? That which we call a rose

By any other name would smell as sweet.”

One may never know what William Shakespeare, the famous author of  the classic “Romeo and Juliet” had in mind when writing this at that time. But now we all know that a rose by another name is not sweet. Names do matter.

A look at 5 brands and how they got their names.

Today with the geo-political situation between India and China getting volatile, the Indian government has banned many Chinese apps and there is a call to boycott Chinese goods and promote Swadeshi brands.  Under these situations not only are the Chinese brands but other brands with “Chinese sounding name” are getting edgy.

In 1977 India got a new government after 21 months of “the Emergency“, and Morarji Desai became India’s first non-Congress prime minister.  The new government had new plans and new policies. They introduced a policy requiring all multinational companies (MNC) to have a local Indian partner. Coca-Cola, one of the biggest MNC refused to have an Indian partner to avoid sharing their secret recipe, and instead chose to “quit” the country. The exit led to a looming danger of unemployment for the Indian employees of Coca-Cola and to avoid any backlash, the Janta Party government decided to come up with its own Swadeshi enterprise.
Exit Coca-Cola enter a swadeshi brand — Double Seven, taking its name from 1977, the year India got its first non-Congress prime minister. Unfortunately the brand Double Seven, like the Janata Party government could not last long.

The founders of Tokyo Tsushin Kogyo, a Japanese electronics company, realised that fulfil his big vision for the organisation, he has to think small – a smaller name for the name of the company. It was his visit to the United States in the 1. The idea came to Akio Morita when he was visiting the U.S in 1950 when he realised that the most of the any U.S companies had simple small brand names. He realised that the name Totsuko was difficult to pronounce and remember for global customer. Came the small and simple SONY, a very unconventional name for a Japanese company, which is easy to pronounce and read in any language. One theory state the name “Sony” was neither derived from anything connected with the electronics industry, nor from the names of the company’s two founders and another states it was integration of “SONUS” the original Latin for “SONIC” meaning sound, with “SONNY” meaning a youthful boy.

The quintessential drink Old Monk, known for its unique product design and superior taste has a heritage that goes back to 1855 when  Edward Dyer, a Scotsman, had set up the original brewery in Kasauli, Himachal Pradesh. The Old Monk name is inspired by the calm & serene life of Benedictine monks who were known to have brewed their drinks as they led their content ascetic in the high ranges of the mountains.  Today Old Monk is not just another brand; it’s a drink which was part of people’s cherished memories as they were ‘coming-of-age’. “People have memories of binge hostel drinking to the first job celebration with the good Old Monk. Priced low it is one iconic bottle which rubs shoulder in the bar with some of the most expensive single malts and is the perfect example of India – strong, stable, spiritual and unique.

The world’s largest e-tailer was founded on July 5th 1994, by Jeff Preston Bezos in Bellevue, Washington as Cadabra.com as in “abra cadabra.”  The brand name was killed after one of Bezos’ trademark lawyer mistook it for  “cadaver.” While the founders contemplated on names like relentless.com,  founder Bezos discovered the word “Amazon”. Bezos knew that websites being listed alphabetically, had a greater chance for Amazon to be higher on the page, giving a slight competitive advantage. Besides that the name Amazon, was world’s largest river in the world, today having it all, from A to Z

The 1 stood for a, the 26 for z; it’s a sublte indication of founder Bezos’s dream to allow customers to buy any book every published, from a to z.” The arrow in the Amazon logo also reinforces the a-to-z association.

One doesn’t need a Google on Google to know what tops the list of companies considered one of the most innovative, best to work for, having one of the best reputation. But how did Google gets its name. The founders Larry Page and Sergey Brin had been working on a search engine and had given it the name BackRub – searching through backlinks. Later at a brainstorming session, Sean, a fellow graduate student, suggested the word Googolplex  – name for 10 to the power of Googol  (name used to refer 10 to the power of 100). From Googolplex, the smaller word Googol was chosen as it imbibed their thoughts for the organisation : index an unfathomable number of Internet web pages.

But Sean, misspelt  googol while doing web search and accidentally come up with, Google . Go on just Google it and check the details.