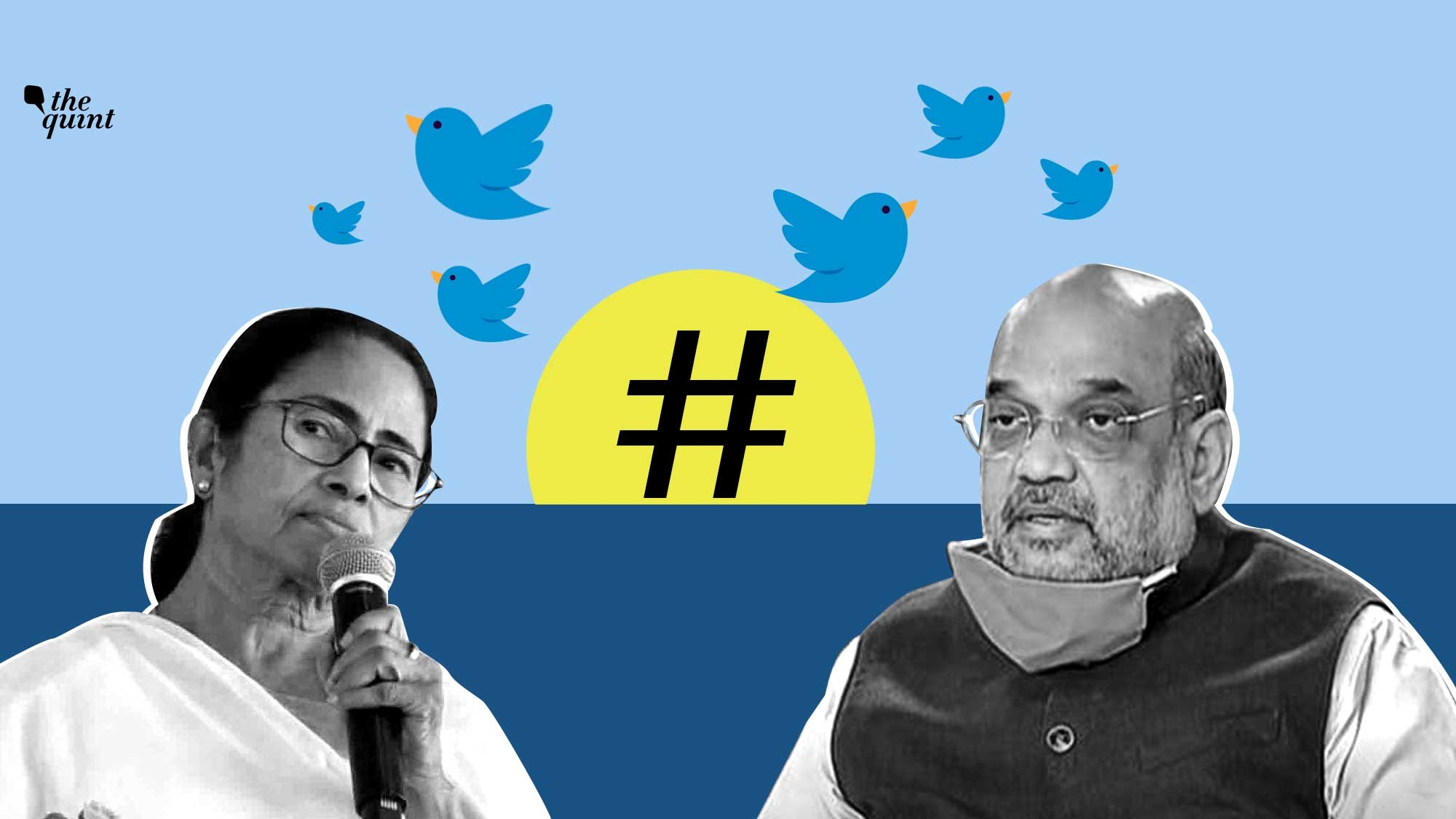 Its a year away, but the high-pitched battle “cry” can be seen trending on social media. The hashtag war is on.

The stage is being set for the political battle in West Bengal as the state gears up for the assembly elections in May 2021. The ruling party Trinamool Congress Party (TMC) under Mamata Banerjee and the key opposition Bhartiya Janata Party (BJP) are sharpening their swords. The two parties have been having the face-off since the 2019 Lok Sabha elections when with a win of 18 seats out of the 42, the BJP came out as a key contender and a formidable threat to the TMC in West Bengal.

For the upcoming 2021 assembly elections, the opposition party BJP had identified the issues of corruption, politicisation of administration (Tola system), unemployment, crime against women but with Covid19 virus crisis, the pandemic has added up to the duel. The BJP ran a social media campaign targeting the Mamata led West Bengal government accusing the administration of mismanaging the issue and also hiding Covid-19 figures.

The BJP social media campaign ‘#BhoyPeyechheMamata’, meaning ‘Mamata is scared,’ was countered by the TMC campaign #BhatbokcheBJP, or ‘BJP is speaking nonsense’.

West Bengal, once known for its rich culture and intellectual conversations has unfortunately become the hotbed of political violence and testimony to bitter acrimony among leaders of various political parties. And West Bengal whose politics thrives on secularism,  sadly is also now at the forefront of this Great Fake News Story for political activities as well, with the fake news spreaders perhaps working overtime to generate content.

As per recent newspaper reports the Kolkata police identified and took down as many as 1.3 lakh “fake” or “misleading” social media posts about Covid-19 between 18 March and 18 May. Besides this the police also  lodged more than 270 cases and arrested more than 180 persons across the state for allegedly spreading fake news on social media. What was surprising, that the arrested included people from across the spectrum- Government employees, political activists, traders, teachers, students and even homemakers, showing how deep the menace of fake news factory in West Bengal.

There is fake news and there is a lot of fake news.

The power of media has always been there to help build perception but today (digital) media is not only acting as a media but is defining the message.  With more than half a billion (504 million) active internet users, who are five years or above, the digital world has the potential to reach more than half the population directly and act like a force-multiplier in political messaging.

The COVID-19 pandemic is changing the way we consume media. According to a report released by Broadcast Audience Research Council (BARC) India and Nielsen on the impact of COVID-19 on television and digital media behaviour across India, users are spending 1.4 hours a day more on their smartphone devices with the biggest jump coming from users in the 35-44-year age group.

One third of the West Bengal’s 90-million population are now connected with smart phones. And sources in Facebook suggest that among the Indian states, one of the highest users are found in Bengal, thus giving an impetus to churning out more fake content than ever before. No doubt the election narratives are being set on digital media.

The technology savvy BJP realised the potential of digital media early and organised IT workshops in West Bengal, months ahead of the Lok Sabha 2019 elections and created a massive network to manage their campaign blueprint. This gave BJP some solid inroads into the bastion of the fiery state leader, Mamata Banerjee. Ahead of the 2021 elections, parties have resorted to different ways of spreading fake news and again the power of social media led by whatsApp is the preferred choice.

Fact checkers who closely observed the news and social media posts during the 2019 elections found how old and unrelated videos and images from Bangladesh feature in the priority list of Bengal false content generators. This is perhaps easy because of the similarity of the language and the ethnicity of the erstwhile East and West Bengal. During the 2019 national election, a video of a rural Bangladeshi practice of exorcism went viral with a false claim of religious conversion in Bengal. Ditto with a video of rioting Bangladeshis which was shared by multiple users, as false claims of torture on Muslims by Hindus.

Another observable trend which in 2019 was that of culling out parts of speeches of TMC leaders, especially its supremo Mamata Banerjee, to portray her Muslim appeasement policy. An old and cropped video of Banerjee, reciting the surah of Islam was viral with a claim of her bent towards the religion, thus ignoring the majority Hindus. Fact checkers found how the original video had Banerjee chanting prayers from all the major religions of Bengal.

Unfortunately, even now many of the fake posts related to Covid19 were communally provocative.In the absence of core narratives and real issues being raised by political parties, fake news is taking precedence and unfortunately is here to stay.

Anup Sharma (@TweetsAnup)
The author is a StoryTeller with two decades of experience in Public Relations and Corporate Communications. He is also the Senior Director at Public Relations Consultants Association of India