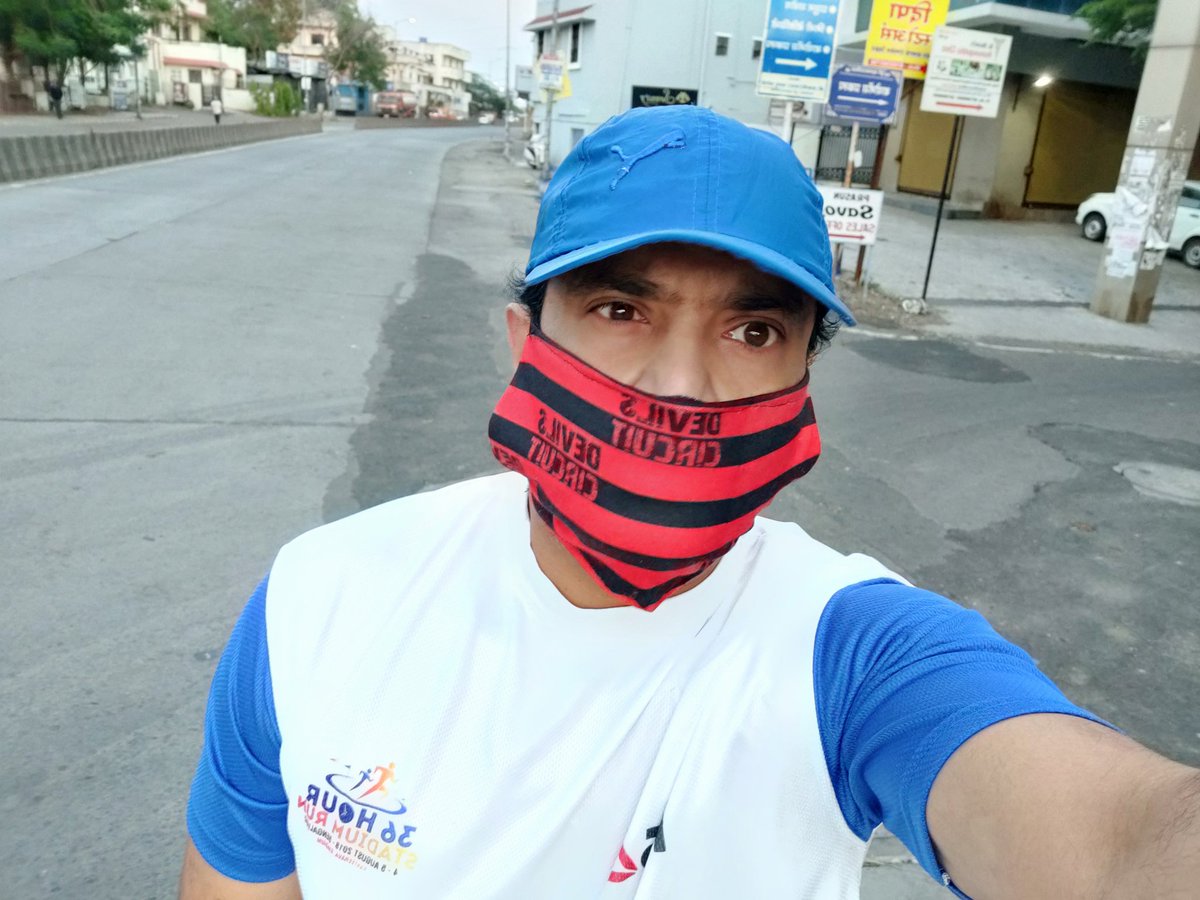 “The miracle isn’t that I finished. The miracle is that I had the courage to start.”
—John Bingham, running speaker and writer

Elisha Nochomovitz loves to run. But with Covid 19 pandemic effecting the whole world and staying indoors becoming norm, Elisha was struck at home. But where there is will there is a way and for, Elisha Nochomovitz it was his 7 meter long balcony in his apartment. The 32-year-old furloughed restaurant worker ran and ran and ran 42.2 kilometres straight, back and forth completing a full marathon.

Back in India, the vice president of Aptech Limited Shajan Samuel, completed his marathon (42 km) in his 10-metre corridor at home.

A compulsive road-runner the 44-year-old, Shajan, took six hours and 30 minutes to complete his feat and started the #IndoorRunningChallenge

It tool just 3.5 hours for banker G Suresh Kumar from Kerala to run 42 km at a stretch not on the road but inside the four walls of his apartment in Kochi.

The rapid spread of Civid19 virus across the world has cancelled many sporting events including the world’s most prestigious marathon- The Boston Marathon, for the first time in its history of 123 years.

But like Elisha, Shajan and Suresh people across the world are running and inspiring many like communication professional Aman Dhall to continue with their passion for running and staying fit by participating in home events like #StayAtHomeMarathon #IndoorRunningChallenge

What inspires people to run a marathon and what are some of the lessons for a Public Relations & Communications professional from running a marathon?

Did you know that the first person who ran a ‘marathon’ was a communicator, a messenger?

Did you know that Marathon is actually a place?  It is a town in Greece and the site of the famous Battle of Marathon in 490 BC, when the invading Persians were defeated by the Athenians. Legend has it that a messenger named Pheidippides was sent back to Athens with the news of their victory. He ran the entire distance without stopping and arrived to exclaim “We have won!”

Whether this story is true is another matter (still debated by historians) but running a marathon is about communication.

Amitabh Bachchan the legendary actor has managed to rule the mind and imagination of the nation by constantly reinventing himself, by learning, unlearning and upgrading himself. He has used various formats from big screen to small screen, from playing action hero to romantic loser; from comedian to singer; and even venturing into another territories — from politician to business entrepreneur. He also became a micro-blogger far before most Bollywood film-stars.

Just like a marathon, a PR professional must be willing to absorb all kinds of new information and skills. She should be open to a dynamic situation and be adept at playing the role of communication advisor, image manager, crisis handler, content provider as the need arises offering services beyond the pre-defined core functions.

The PR professionals of today, will have to be like Masterchef who can creatively use the art and science of mixing traditional and new media.

If the marathon is a part-time interest, you will only get part-time results: Bill Rodgers

In 2008, Travis Kalanick and Garrett Camp started Uber with a single goal : Tap a button, get a ride. Chasing this goal, over the years, Uber has tried to change the way people commute, though the journey for them has been quite challenging, facing different kinds of issues and policy across the world. But Uber as an organisation, has continued to follow a disruptive path by constantly innovating outside of the reach of regulators, creating new categories bringing value to the stakeholders and moving on.

For running a successful PR campaign have a defined goal and at the same time spot the potential policy issues and crisis and mitigate them before they explode in the super connected digital world. Just like for marathoners the challenges could be a sprain, rain and now smog, for the PR professionals the challenges can come unexpectedly from any corner. PR firms also have to be partners to their clients delivering direct impact on their business bottom line and affecting the business positively at each step.

Marathon runners are experts at pain, discomfort, and fear. It’s a matter of how much pain you can deal with on those days.  Any serious runner bounces back, taking pain.” : Mark Wetmore

Just like a marathon, which is all about long run and endurance, and not about speed, the Tata Group has always been value-driven providing a long-term stakeholder value creation based on leadership with trust. During the years, the group faced a lot of communication challenges but has managed to overcome most because of strong reputation built over the long run. Over the centuries the Tata group has remained focussed, not going out too fast to end up burning out, but building its’ reputation over a strong foundation.

Today Tata brand name remains synonymous with Trust and one of the most Ethical corporate. And now under the leadership of (marathoner) Chairman N.Chandrasekharan it’s looking for another long race.

Lesson for PR:
PR is a marathon and not a sprint. Reputation is built over a period and it’s important that PR professional is not reactive to every situation. Have a long-term proactive plan in place, which looks at who to target and when to target them, keep evaluating and moving on?

If you can’t run, then walk. And if you can’t walk, then crawl. Do what you have to do. Just keep moving forward and never, ever give up: Dean Karnazes, Ultra marathon Man: Confessions of an All-Night Runner

The founders of Nike had their vision — “To bring inspiration and innovation to every athlete in the world.”  But to increase the target audience size they redefined who is an athlete —  “If you have a body, you are an athlete.”

Lesson for PR
With the ever changing media consumption habits, PR firms need to constantly build on their storytelling capabilities and apply them to new age media. Just like in marathon, if you’re not pushing yourself beyond the comfort zone, if you’re not demanding more from yourself — expanding and learning as you go — you’re choosing a numb existence.

PR professionals need to redefine and customise the reach out using earned, owned and shared media and if required being pushed by influencers.

With a stated mission to organise the world’s information Google as an organisation is constantly innovating, experimenting, and most importantly keeping things fun. Google encourages its’ employees to coach each other help build a more creative, satisfied, and intimate community. Just like marathoners, Googlers enjoy their run, not to prove to others but get high on the miles and keep learning with each step they take.

Lesson for PR
PR as a profession is a 24 x 7 job and is best practiced when you enjoy it. Every client, every campaign teaches us with the experience. Be creative and have enough energy all the time to take you through all situations — planned and unplanned.