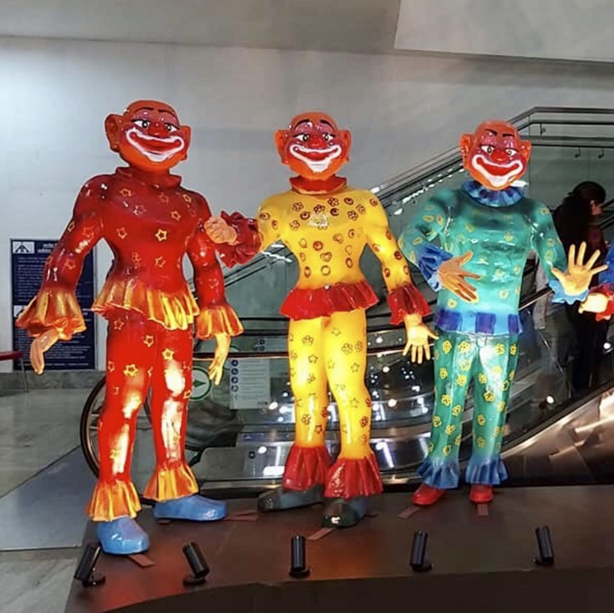 Remember, no two people are the same – each one is born unique and somewhere in our growing up years we forget this.  But when 25 bloggers get together they can create magic and this blog is part of that magic.

When I started on my journey, it was a corner in my room that used to be my studio. I used to operate out of a small computer… Did all my design, edit, and communication from it. It was work from home .

I generally take frequent movement breaks while working. We had just cracked an excellent business deal and I went to the balcony of our 4th floor home, to simply soak myself into some fresh air and greenery.

And as I stood in the balcony, the thought struck me, if life is all about business deals or has some other deeper meaning,  Am I able to communicate well with others, am I like the carpenter bee which has the exclusive access to the Orpheum flower, which  grows in South Africa. The flower is kind of unique. Because it doesn’t contain nectar, it contains pollen. But that’s not the most unique thing about the Orpheum flower. The stamen of the flower (the part of the flower that holds the pollen) twists itself shut so the pollen cannot be accessed by any insect, fly or 🐝 bee. In fact, there is ONLY ONE bee that can access the pollen of the Orpheum flower — and that is the female carpenter bee. Because with these patterns, if you want “exclusive access” to the innermost parts of a person’s mind — you have to “vibrate” what you are saying in such a way that people will involuntarily open up their unconscious mind to you.

With these thought I came back to my home office and switched on the Television to catch up on some news. But each channel I flipped, was showing similar story, the story that as a country, we do not have a great reputation for clean business dealings. Dubious promotors have made merry with siphoning off money, many times with active collusion with black sheep in the banking fraternity.

On one of the TV channels I could see the eloquent Neerja Singh making her point “It is unfair. India’s middle class has had no help from any quarter. They are entirely self-made. They are also the component of India’s population that stands the most to lose, with the greatest value at stake. It is their hard-earned prosperity that struggles to survive in the shadow of bribes and corruption and it is their peace of mind and a good night’s sleep that thrashes around under the ever-present cloud of national guilt over India’s disadvantaged”.

I switched off the TV and called up one of my college friend Krishne Gowda to come over for some discussions. Krishne came along with his business partner Harish and by the time they came, the sun was already down and we were ready to call it a ‘spirited evening’. And what could be better way to start some spiritually high disçussions than with the good old, Old Monk. For most of us growing up in hostel, Old Monk is not just another brand; it’s a drink which was part of people’s cherished memories as they were ‘coming-of-age‘. We have memories of binge hostel drinking to the first job celebration with the good Old Monk.

Soon we were joined by my neighbour Sivakumar. After couple of drinks I asked Harish if he knew the purpose of life. Why is that when we approach someone very well known to us, they would simply state: I loved it very much & would never use it. Would admire it inside the show case. I was mentally attached to it.

I looked up at Sivakumar. Siva, the teetotaller, picked up the bottle of Old Monk and said, let me tell you a story. The story of an Old Monk. An old monk would address his students every day. It was the same boring talk. It had the same content. One day, a young, eloquent monk came to the hermitage. His delivery regaled the students. Elated at the response, this pompous young monk asked for a feedback from the senior. The old monk promptly replied that he learnt nothing new. ‘You quoted Bhagvatham & Upanishads well, but what have you done?’ It is easy to quote from scriptures and management tomes. It is easy for gurus to talk about successful marriages. Walk the path. Consistency matters.

Most often than not; we do not find a proper solution to the problems we face and we end up lamenting about the problems. Concentrating on problems decreases the possibilities of finding a solution. There is no curriculum for happiness and confidence. They cannot be goals unto themselves; this is too big a burden. These are byproducts of a work-ethic and productivity.

Krishne who was quiet till now, took a swig from his glass of whiskey (yes he had moved from Old Monk to Johnie Walker) and said,”There is always tomorrow! Go slow, take some rest, explore the world and come back strong“. And then he added its not just me – ask Johnie Walker.. ..keep walking… keep exploring, keep creating stories.

That made some sense to me as one of the charms of being a Storyteller is to explore to travel, experiencing new cultures, tasting new cuisines and making new friends. Wandering through the countryside and streets of our earth, I’ve been a silent people watcher while hearing glottal sounds, twangs, nasal overtones, drawls and heavy rolling of the consonant R. As we well know now, painfully so, people come in different colours, shapes and sizes. Underlying these differences is our human condition, we live, love, laugh and die.

In one of my overseas travel, as my cab from the airport was navigating the crowded streets to reach the hotel, I noticed auto rickshaws known as tuk-tuks of varied colours whizzing past. Noticing my curiosity, my cabbie warned me, “Be careful. These tuk-tuks follow the 3T rule,” and went on to elaborate, “they turn left, they turn right and they turn over.”

I thought ‘they turn left’ was normal. Again, there was nothing unusual in ‘they turn right’ but ‘they turn over’ was the twist that derailed my thoughts with a smile.

In his own charming way, the cabbie taught me an important lesson in humor, the rule of three. Somehow, the number 3 has historic significance. Brahma,Vishnu,Maheshwara. Father, Son and the Holy Ghost. And Aristotle talks about logos,ethos and pathos being the three modes of persuasion.

If the tuktuk and cabbie taught me a lesson, it was the backside of the Roman horses which gave a ‘lesson’ to decide the size of the modern railway track.  Do you know that Approximately sixty percent of the world’s railway use the standard gauge of 1435mm. Why? Because it is the US standard railroad gauge. Why?

Because that’s the way they built them in England, and English expatriates built the US Railroads. Why?

Because the first rail lines were built by the same people who built the pre-railroad tramways, and that’s the gauge they used.(Kolkata tram and all our modern metro lines are also of the same gauge) Why?

Because the people who built the tramways used the same jigs and tools that they used for building wagons, which used that wheel spacing. Why?

Because the wagon wheels would break on some of the old, long distance roads in England, because that’s the spacing of the wheel ruts. Why?

Innovation a lot of time is about imagining and forecasting what the future may look like and preparing for that future. It is an output of a structured process of scenario planning.

One of the best example a f innovation is from Japan. Way back in 90s in the railway industry. Japanese government always encouraged its citizens to make use of the railway transportation as the major mode of commutation as it was one of the safe ways of transporting people. The director of technical development of Japanese railways Dr. Eiji Nakatsu was given the task of redesigning the new high speed train which made lot of noise. Dr.Nakatsu a bird-watcher observed a Kingfisher sitting on a tree and all of a sudden, plunged into the water and came out with a fish in its beak. Everything happened in few seconds but the interesting part was that there was no splash in the water. Without creating any splash, the bird seamlessly entered in the water and then came out. Inspired by the Kingfisher beak, Dr. Nakatsu designed the new bullet train with the new design which was resembling the beak of the kingfishers beak.

This made me realise, that not all knowledge comes from books and reminded of the famous quote by Rama Pallianapan that “Spending towards education is not an expense, it is an investment“.

I thought that now time has come for me to change the course of my life and devote more time towards research on Communicating for the Digital Era. But we also needed to realise the importance of time and priorities. This one thing about “we have time” changes everything. We do not understand our priorities and waste time on things and activities and relationships and experiences that are absolutely “useless” which I refer to as the “trivial many” or the 80% that doesn’t matter.

I needed more reasons to stay committed. It’s always easy to start such initiatives and make grand announcements. Once the initial high settles down, the true test lies in being consistent and lasting through the entire period.

Obviously it calls for discipline to make the time. If you want to be energetic all the way and give out 100% of your capabilities, you need to invest in physical and mental state yourself.

It also meant to be discipline and focussed. Distraction means something that prevents someone from concentrating, taking away attention what you were doing or thinking about. We need discipline and focus. The human mind is attracted by worldly objects. Mind gets entangled in exploration and finding pleasures in new objects. It is always craving for new desires and experiences. It traps the mind to explore them….

It makes you start thinking how your unique “YOU” is identified by other people and how you can stand out from others, builds up your credibility will determine your profitability. People do business with you because you are authentic, credible and trustworthy. You may be a good and authentic person but you need to also project that image or persona for people to believe in that. So, when you are genuine and authentic, it makes you trustworthy because you are displaying your authentic side which is one in a million with no imitation.

Remember, no two people are the same – each one is born unique and somewhere in our growing up years we forget this.  But when 25 bloggers get together they can create magic and this blog is part of that magic.

Anup Sharma (@TweetsAnup)
This is a crowdsourced blog – contributed by 24 + 1 bloggers who participated in a 30 days bloggers challenge by Professional Speakers Association of India (PSAI) and stitched in one blog by Anup Sharma, a StoryTeller with two decades of experience in Public Relations and Corporate Communications. He is also the Senior Director at Public Relations Consultants Association of India.